A little over a year ago, I appointed myself Washington Park’s artist-in-residence. I’m not sure the people who run the park ever knew I was their artist in residence, but it didn’t matter. A self-appointed artist in residence doesn’t require anyone’s approval: that’s the singular benefit of doing it this way.

There’s no application process. No deadlines, no mission statements, no work samples or CV, and–best of all–no letters of recommendations. You don’t have to get dressed up and meet with a committee. You don’t have to give a talk, curate an exhibition, sit for interviews, host a lecture series, or even show your work.

All you do is make the art. On your own schedule, in whatever format you prefer, for whatever time frame suits you and the project. Share it or don’t share it, as you wish. 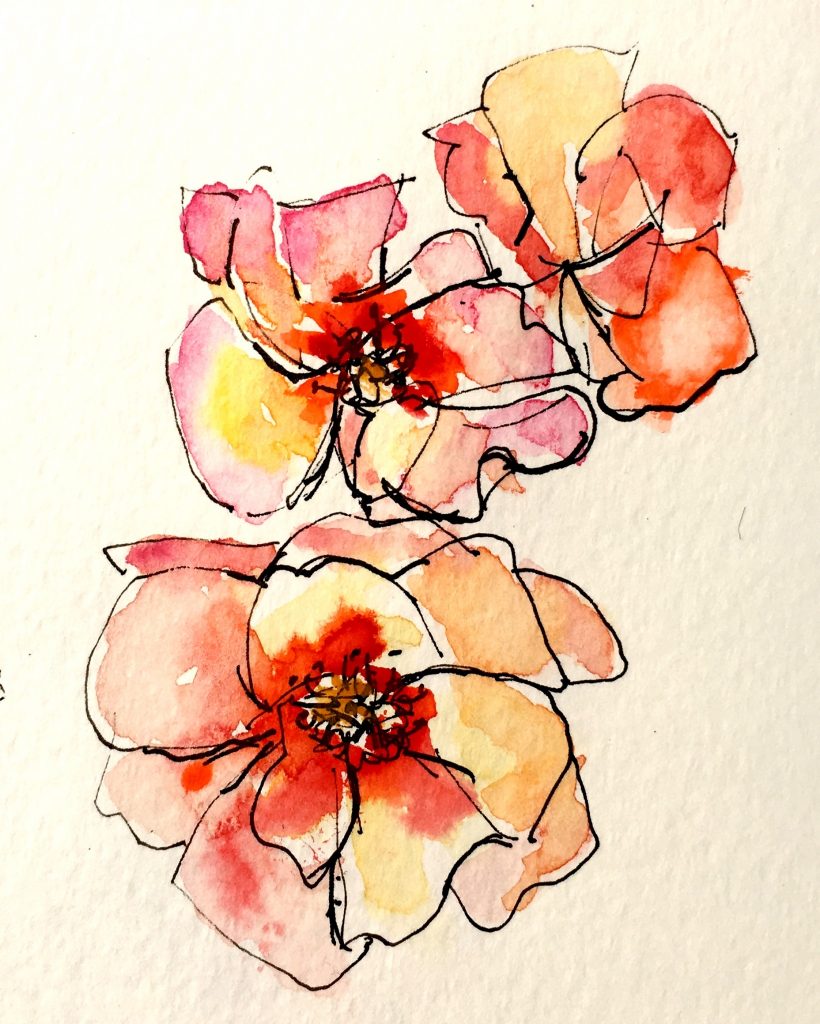 In my case, I’d just moved into our new place in Portland and realized right away that being a block from the entrance to Washington Park was one of the great benefits of living here. Every time I walked into the park, I noticed something that had changed: a tree’s leaves had turned, something was coming into bloom, something else was fading away.

This is not an accident. I’ve been around botanical gardens and horticulturalists long enough to know that it takes a good deal of effort to have something bursting into bloom every week of the year.

I thought it was worth noticing this, and documenting it. So starting on December 22, 2017 (the day after the solstice, which was a coincidence but also fitting), I went up into the park whenever I could and drew a picture.

Washington Park spans 400 acres. I did not in any way cover the entire park. I rarely made it outside the rose garden and its immediate surroundings, because that’s what’s closest to my house. And I didn’t get there as often as I would’ve liked over the course of a year, which was the timeframe I’d chosen for the residency. I still have five or six blank pages in the back of the sketchbook, so I’ll be adding to it when I can.

A self-appointed artist’s residency doesn’t have to span a year or 400 acres. You could declare (as Banksy did) a residency in New York, or some other place, for as long as you happen to be there. A weekend, a couple of weeks, a month.

You can see all the drawings on Instagram. Meanwhile, here’s a quick tour of the sketchbook: