Posted by Amy Stewart on November 10, 2012 in Gallery, Paintings

I’m listing this painting for sale as part of Daily Paintworks’ Hurricane Sandy fundraiser.  I was on the East Coast when the storm hit, and although I was able to veer out of the way and hunker down with family until it was over, I was possessed of a weird longing to be in New York.  Whatever New York goes through, I want to go through it, too.

After I got home, Louis CK sent out this beautiful note to his fans.  I confess that these lines only made me want to be there more:

“It’s pretty impossible to describe walking through these city streets in total darkness. It can’t even be called a trip through time, because as long as new york has lived, its been lit. By electricity, gas lamps, candlelight, kerosene. But this was pitch black, street after street, corner round corner. And for me, the village being the very place that made me into a comedian and a man, to walk through the heart of it and feel like, in a way, it was dead. I can’t tell you how that felt. And you also had a palpable sense that inside each dark window was a family or a student or an artist or an old woman living alone, just being in the dark and waiting for the day to come back.”

That’s exactly how I feel every time I’m in New York–I look up at those windows and I imagine every individual life going on behind them. It’s precisely what I was thinking of when I took this photo in the Village one night in September, so I decided to paint this one for the fundraiser.  Here’s to the lights coming back on!  All proceeds go to the Red Cross.

8 x 10, oil on 3/8 inch board with slots on the back for easy hanging.  Sides are painted black, so it can be hung unframed. Go here to bid.  Here’s the full-sized, uncropped image: 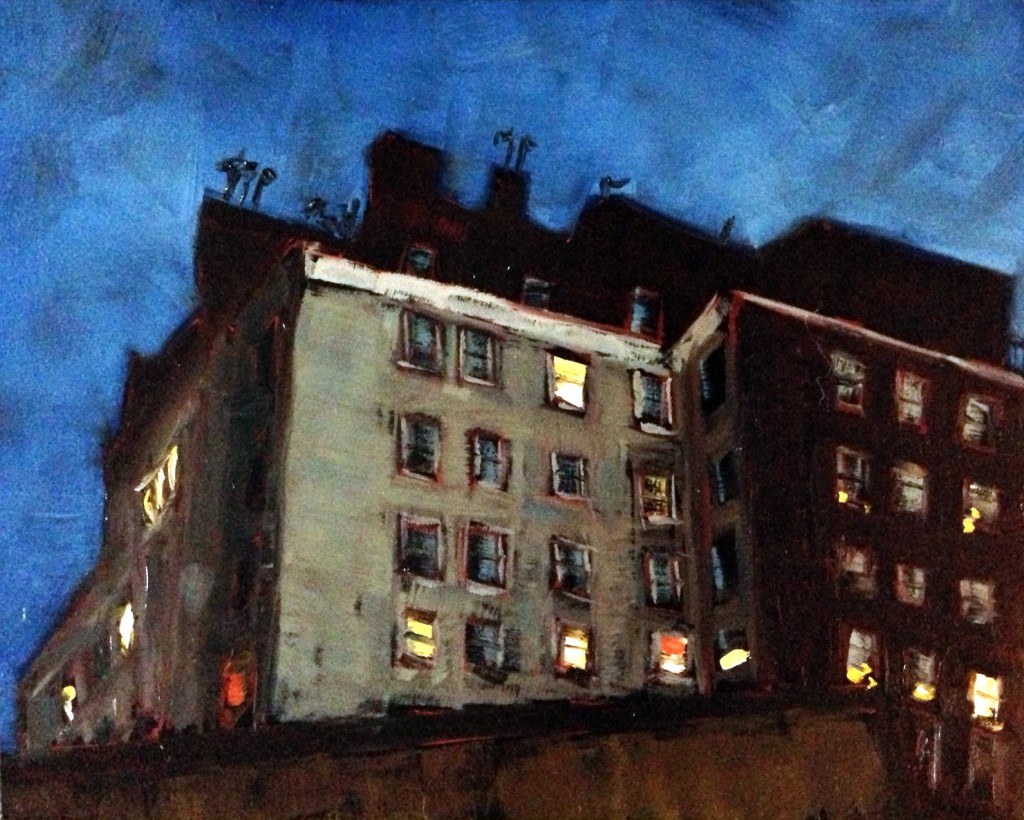