Women were not exactly invited to join the ranks of law enforcement officers: they had to demand to be let in. In the early nineteenth century, civic-minded women turned up at police stations and jails, where they feared women and children would be mistreated if they weren’t looked after properly. They demanded to be allowed to serve, often without pay. They practically had to kick the doors down, but eventually they won, and women began making inroads into law enforcement.

But after breaking down barriers for 170 years, women still only make up 11.6 percent of sworn law enforcement officers nationwide. Laws mandating that policewomen be given the same authority and status as their male counterparts were not passed until 1972. We have a long way to go.

It’s difficult to say with certainty who might have been the first to hold some of these jobs, because new historical sources are being discovered all the time. Also, it was often unclear whether early women officers had arrest authority or some of the other powers assigned to male officers. That makes it hard to say who was really the first to break any particular barrier. But for now, anyway, here are just a few of the women who made history in law enforcement. 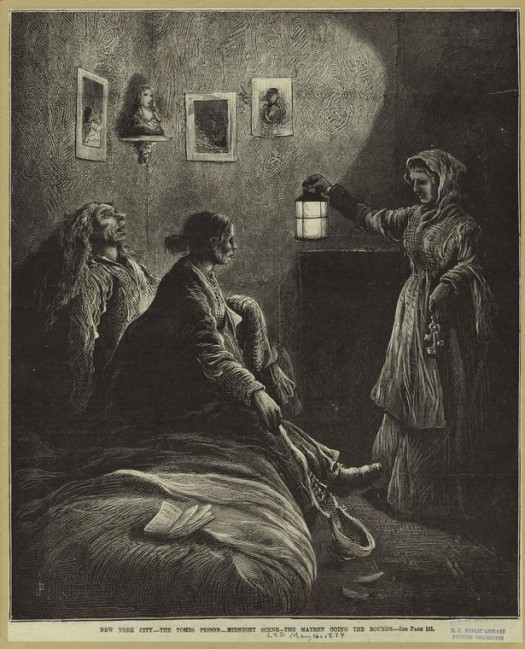 1845: The American Female Reform Society secured the appointment of two women matrons at the City Prison (the Tombs) and four at the asylum on Blackwell’s Island. These were almost certainly the first prison matrons in the United States. Among them was Flora Foster, who served in that capacity for an astonishing thirty-six years until her death in 1882.

1870: Mrs. Mary E. Latty served as deputy sheriff in her husband’s jail in Des Moines, Iowa. She might have been the first woman to do so, although at that time, sheriffs lived at the jails they ran, and their wives probably assisted them in some informal capacity. During Latty’s tenure, she foiled an escape plot when she noticed that an inmate had made a man of straw as a decoy while he his elsewhere in the jail; she caught him and locked him up again. She also transported inmates and “flogged” a criminal for misbehaving. 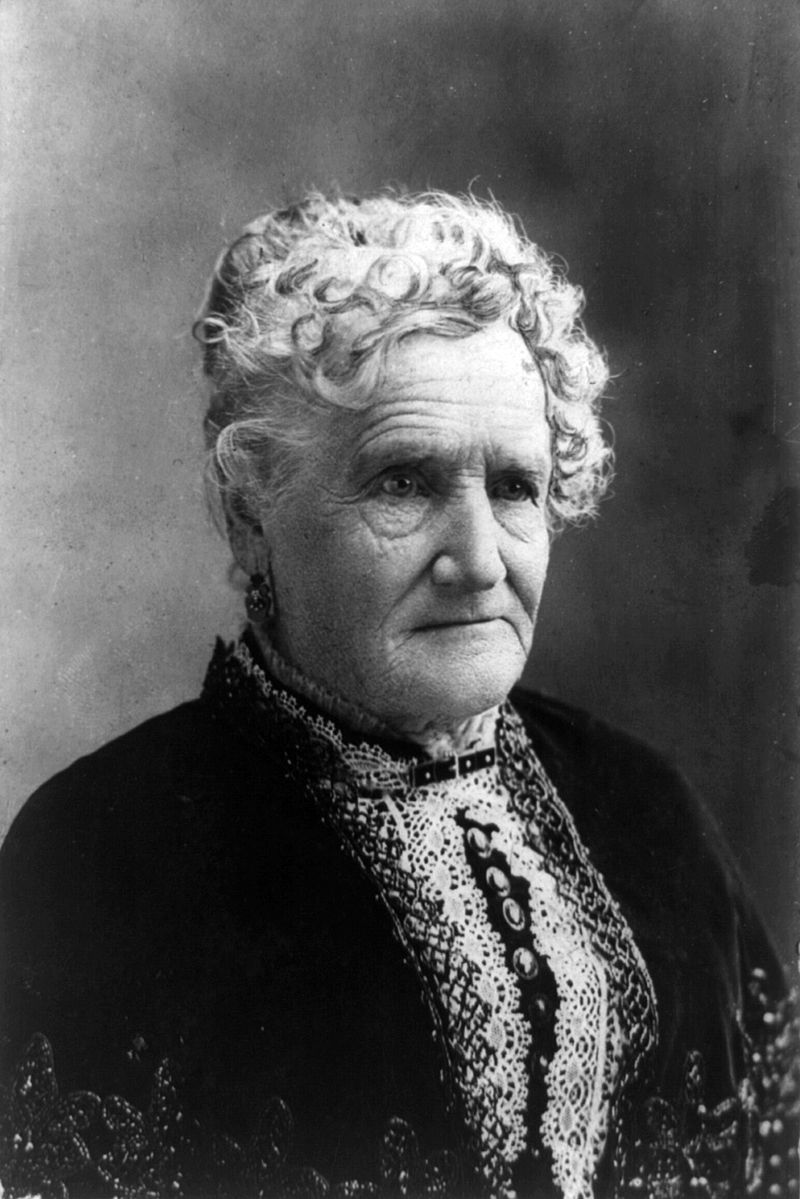 1870: Esther Hobart Morris was appointed judge in South Pass City, Wyoming, shortly after the territory voted to give women the vote. America’s first female judge served for eight months, during which time the media, predictably, focused on her appearance, her weight, her style of dress, and the manner in which she’d decorated her courtroom. She handled dozens of civil and criminal cases, including one against her husband, who she ordered jailed for drunkenness. Her Wikipedia page draws on some unreliable sources but nonetheless makes for fascinating reading. 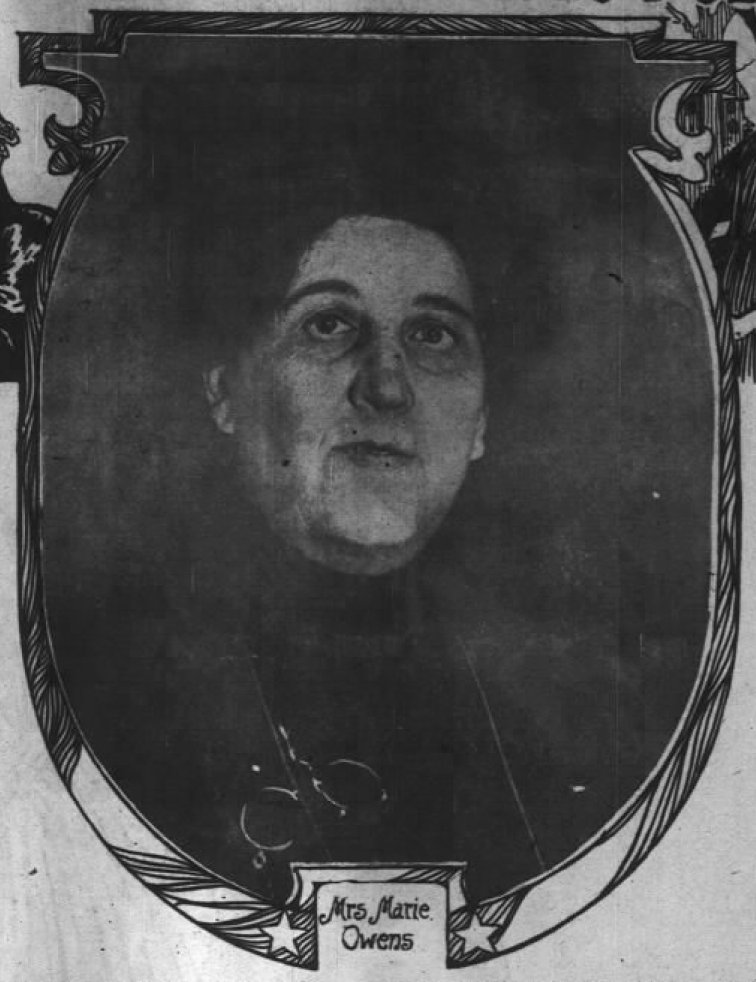 1890: Marie Owens was appointed policewoman in Chicago. She worked first as a sanitary inspector, monitoring conditions in stores and factories and watching out for child labor. She was later promoted to detective, where she went after deadbeat dads. “I never go out looking for robbers or highwaymen,” she told a reporter in 1906. “That is left for the men.” 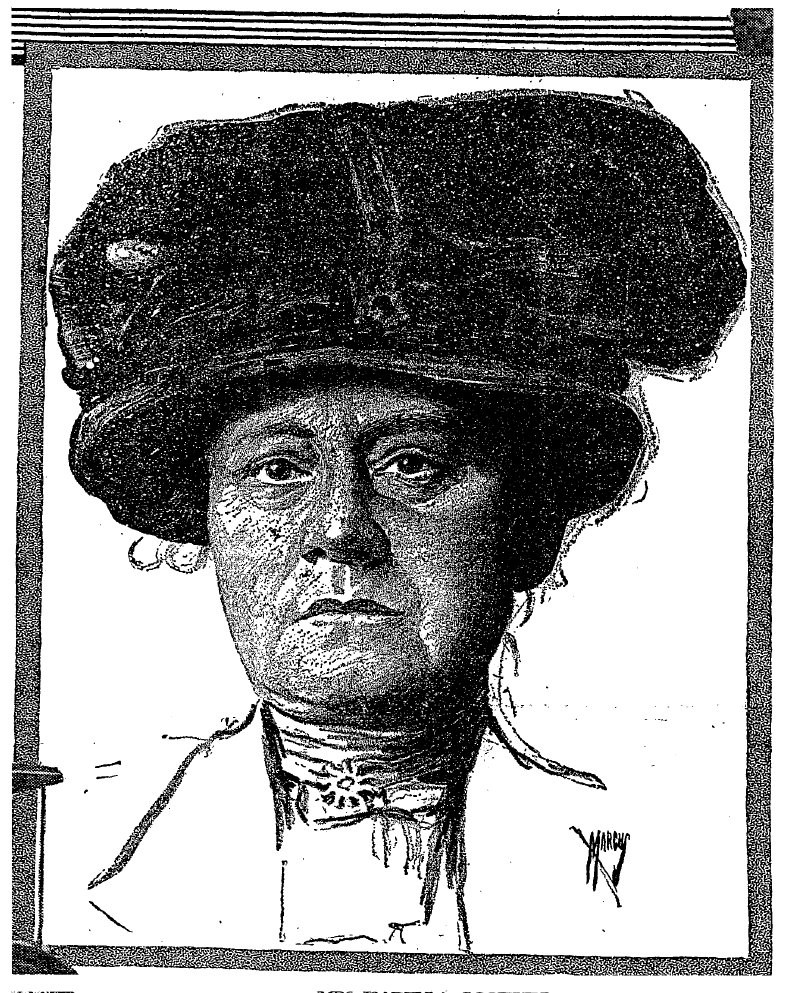 1895: Isabella Goodwin was appointed matron at NYPD by police commissioner Theodore Roosevelt. After serving in that position for seventeen years, she was, in 1912, appointed detective. She proved herself by going undercover to catch a ring of taxicab thieves. In 1921, she married a much younger man, kept her last name, and continued working. Elizabeth Mitchell told her story in a Kindle Single called The Fearless Mrs. Goodwin. 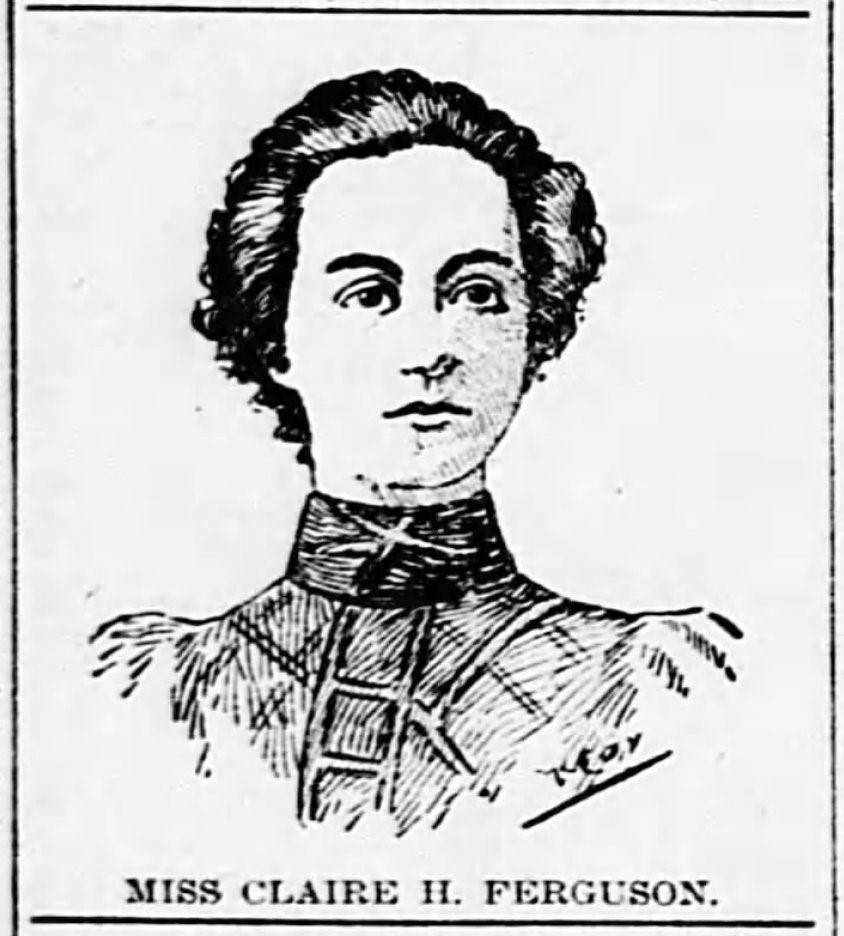 1897: Claire Ferguson was appointed deputy sheriff in Salt Lake City, making her the first female deputy not married or related to the sheriff. She described her duties this way: “I am empowered to serve a writ of attachment or summons, impanel jurors, arrest a desperado, or officiate at the hanging of an outlaw. I have never had any experience worth recording in shooting off a pistol, but if it is necessary, I suppose I can learn this means of enforcing laws.” 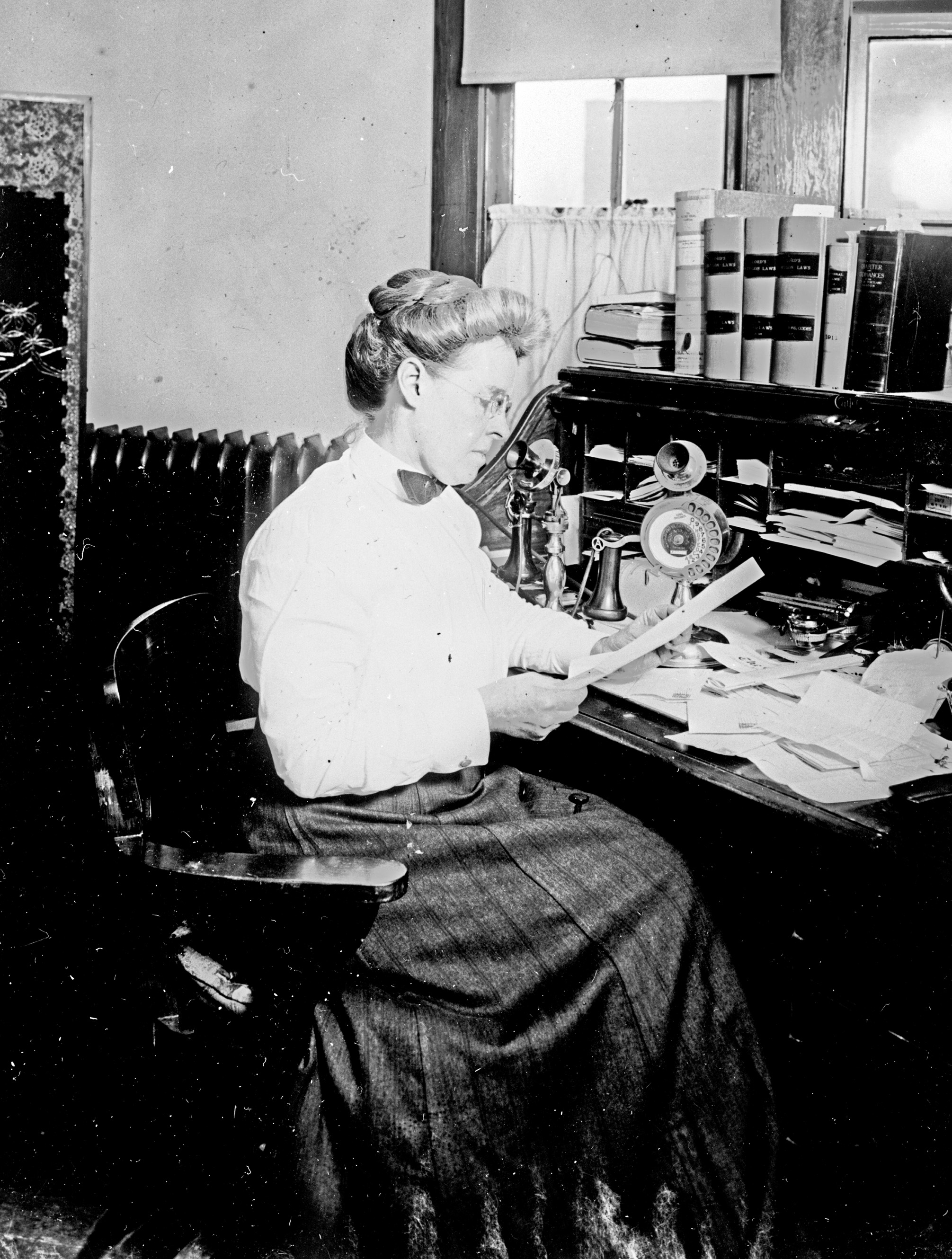 1908: Lola Baldwin became a sworn officer of the Portland, OR police department, charged with going after vice in Portland’s seedy red-light district. Although she proved that a woman could do police work, and saved many a girl from a dangerous situation, she also enforced old-fashioned morals by banning certain dance steps, tried to prohibit men and women from swimming together, and criticized the modern, less restrictive clothing girls wore. Gloria E Myers’ A Municipal Mother is a fantastic account of Lola Baldwin’s life. 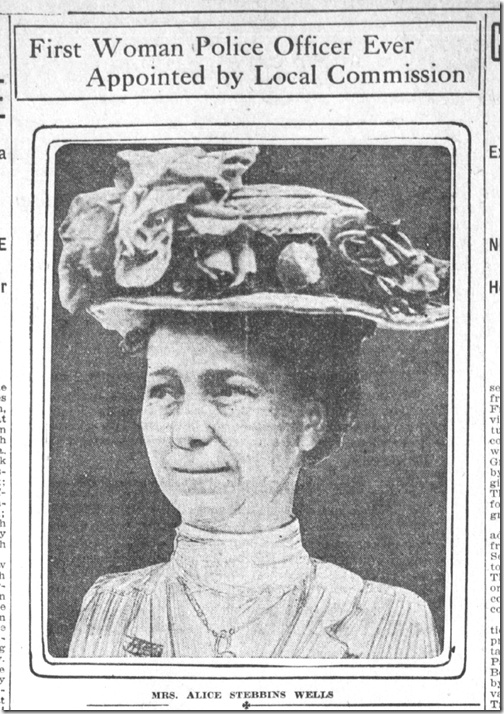 1910: Alice Stebben Wells joined the LAPD, where she became part of the so-called “purity squad,” policing places where girls might get into trouble. She also helped search for missing persons. She served for thirty years, founded the International Association of Women Police, and traveled the country speaking about the importance of bringing women into law enforcement. 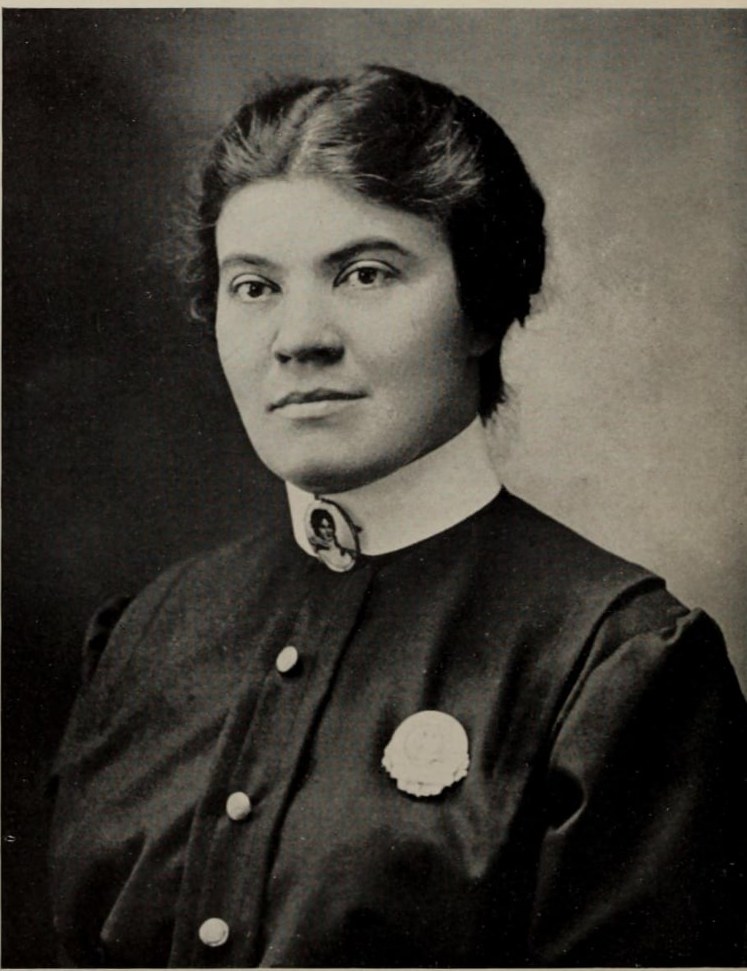 1911: Mary Sullivan joined the NYPD, serving as matron at the West 47th Street station. While there were many other women working in a similar capacity in cities around the country at that time, Sullivan was the first to earn the rank of homicide detective, in 1918, and legally earned her title in 1920, when New York State finally passed a law giving the official designation of “policewoman” to women who served. (Mary Sullivan’s astonishing memoir can be read online at Archive.org.) 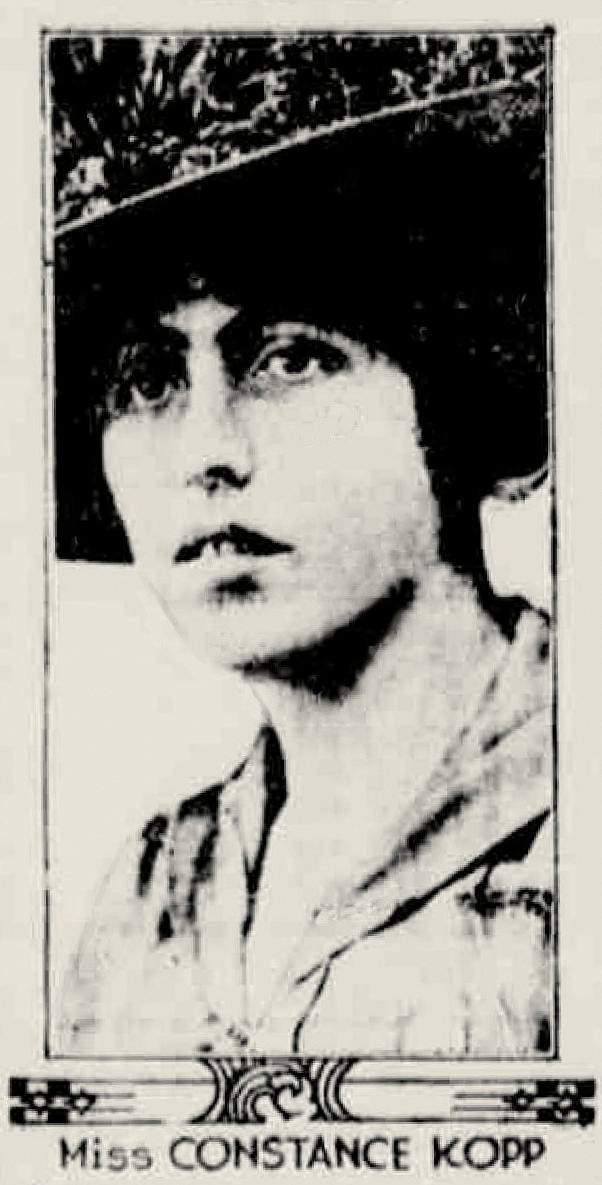 1916: Constance Kopp was officially hired as New Jersey’s first female deputy sheriff, after serving as jail matron and capturing an escaped fugitive at a Brooklyn subway stop in late 1915. New Jersey had only just passed a law allowing women to serve in 1915. Kopp was unusual among women officers in her era because she was issued a gun, badge, and handcuffs, had full arrest authority, and earned the same as her male counterparts. Read more about Constance Kopp in the first two of my series of novels based on her life: Girl Waits with Gun and Lady Cop Makes Trouble. 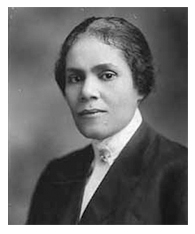 1916: Georgia Ann Robinson was appointed to the LAPD, making her America’s first African-American policewoman. She served until 1928, when she was injured while trying to break up a fight between inmates, and went blind. She continued to do community service and fight for desegregation. About losing her sight on the job, she said, “I had seen all there was to see.” I wrote more about her in an op-ed for the New York Times recently–you can read that here.

1920: Myrtle Siler was elected sheriff in Pittsboro, NC, making her possibly the first woman to be elected to the office of sheriff, rather than appointed to finish a husband’s term. 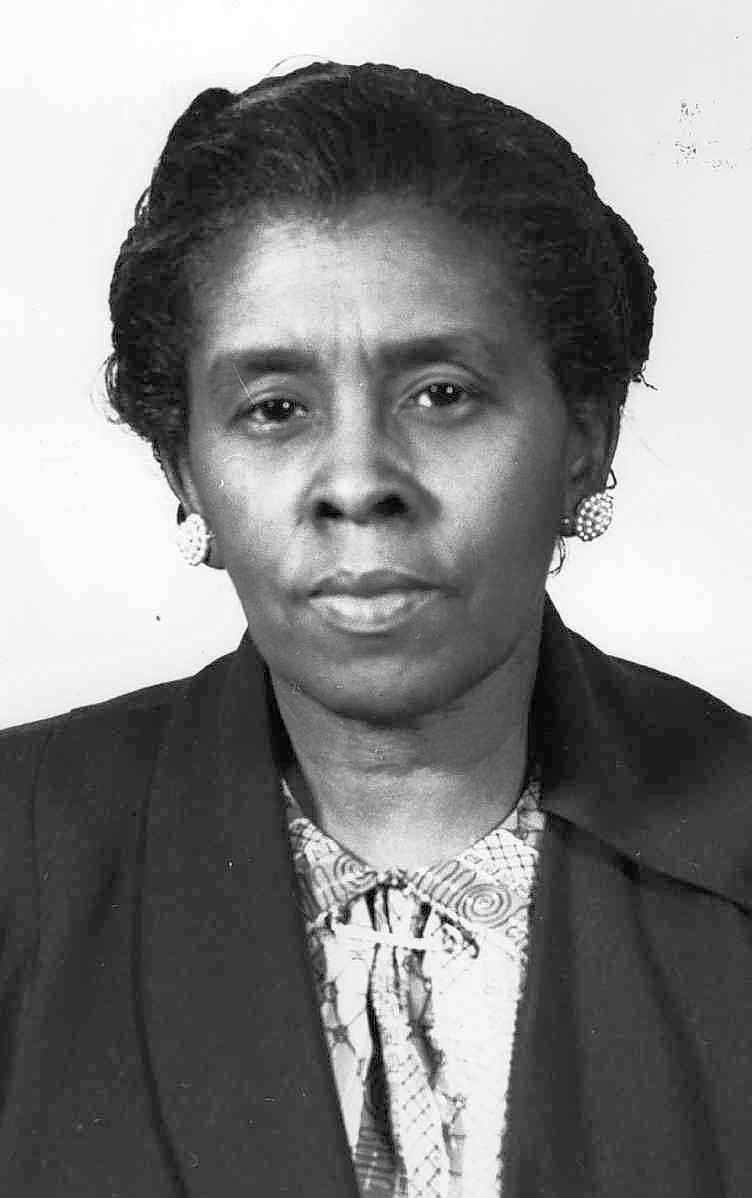 1937: Violet Hill Whyte became the first African American policewoman in Baltimore, assigned to work with “delinquent juvenile colored girls” She attained the rank of sergeant in 1955 and lieutenant in 1967. She retired after 30 years, but still came into the office at 5 AM every day to volunteer to help needy families. 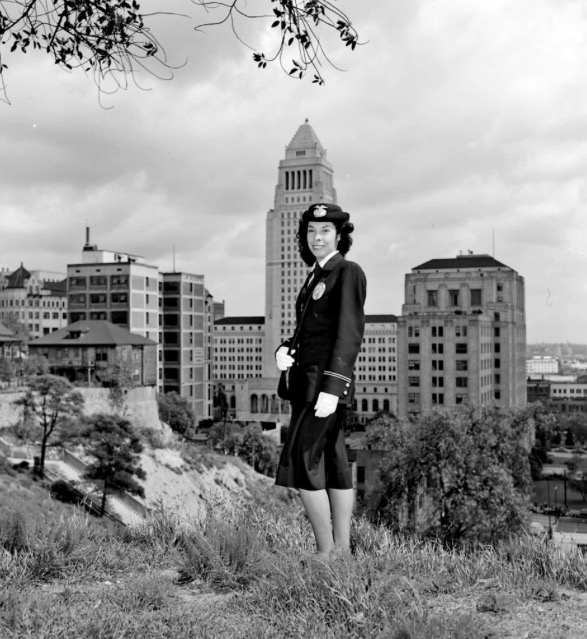 1946: Josephine Serrano joined the LAPD, becoming the first known Latina policewoman. At that time, women officers were not issued guns, although she did get one a few years later after additional training. She walked a beat downtown in the uniform of the day: a skirt, hat, gloves, and high heels. 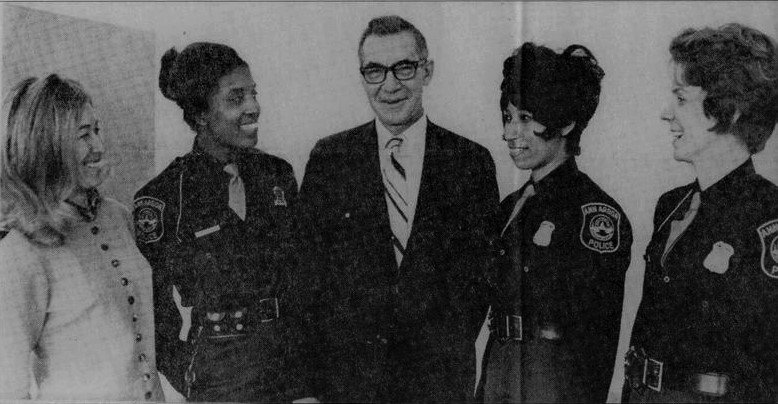 1972: Tanya Padgett, Martha Parks, and Tommie Stewart were sworn in as full police officers in Ann Arbor, MI, with all the same duties and authority as their male counterparts. Ann Arbor was one of the first cities in the country to take this step after changes in employment law in 1972 made it illegal for police departments to discriminate on the basis of gender. 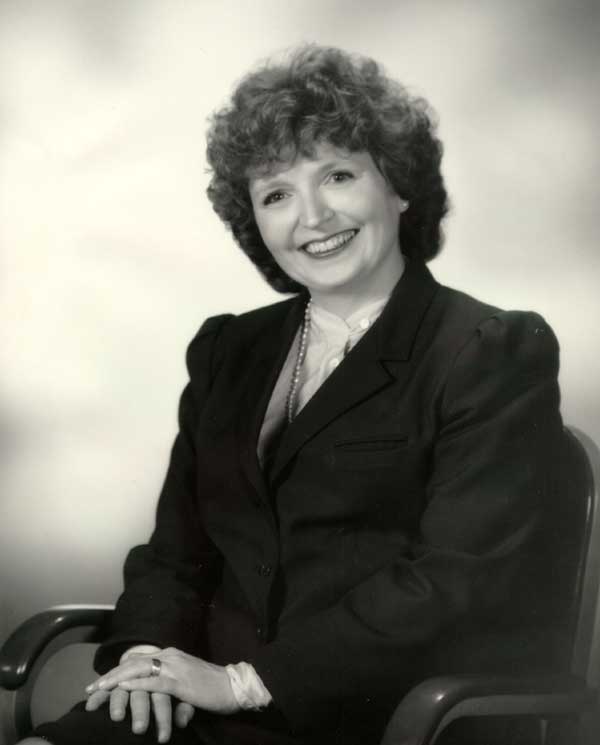 1985: Penny Harrington became the first female police chief of major city, in Portland, OR. She increased neighborhood patrols and instituted community policing. Seventeen months into the job, she resigned amid several controversies. She has continued to advocate for women in law enforcement and wrote a memoir about her time in office called Triumph of Spirit. 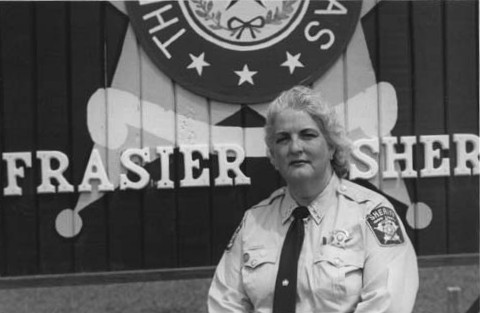 1997: Margo Frasier was elected Texas’ first female and first openly gay sheriff, serving Travis County for two terms. She started as a deputy in 1976, and was told by a senior officer, “when you figure out you can’t do it, come back and tell me.” She never did. After two successful terms as sheriff, she went on to teach criminal justice and to serve as Austin’s Police Monitor. 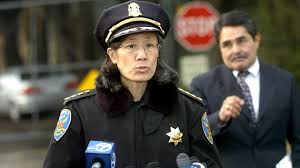 2004: Heather Fong became first the first Asian-American woman to serve as police chief of a major city, in San Francisco, CA. She started with the SFPD as a police officer in 1977 and worked her way steadily up the ranks. She now serves as Assistant Secretary of the Department of Homeland Security.