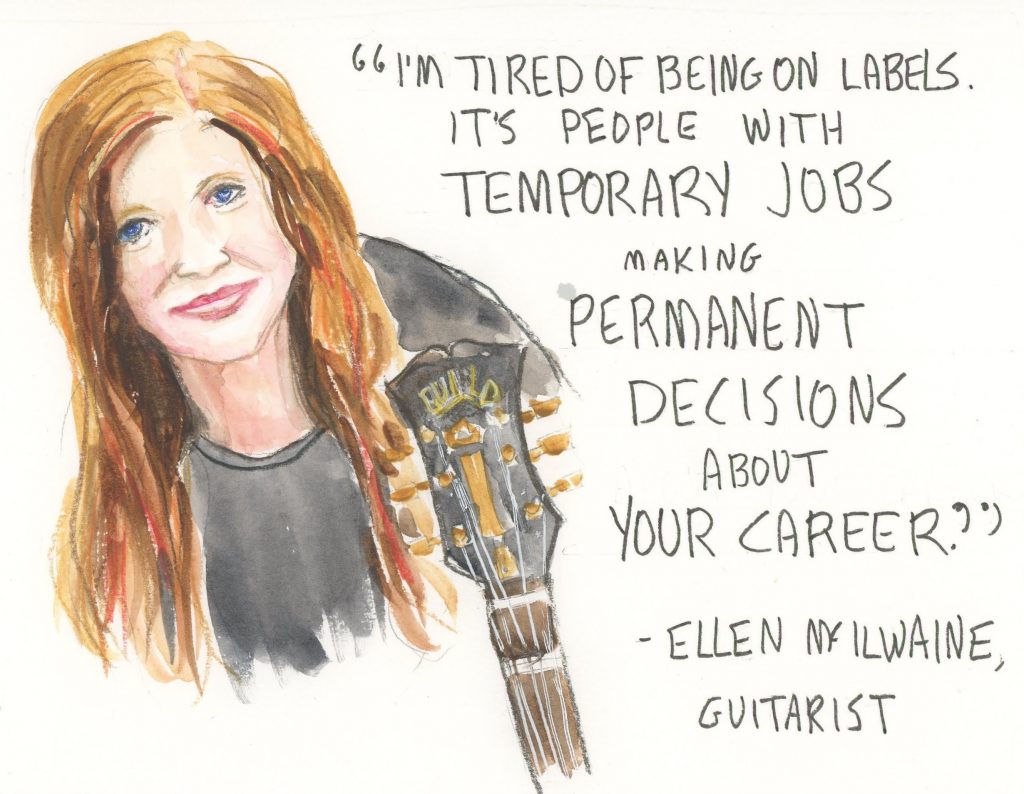 I read this obituary for guitarist Ellen McIlwaine and I was so struck by what she had to say about her decision to start recording under her own label: “I’m tired of being on labels. It’s people with temporary jobs making permanent decisions about your career.”

This is something I’ve thought about a lot over the years. Once, when a new publicist offered to start handling all my speaking engagements, I told her that she’d need to keep a list of everyone who requested me as a speaker and share that list with me. She was a bit taken aback and wanted to know why.

“Because you’re going to leave,” I said. “Someday, you won’t have this job. But I’ll still be here, doing my thing. And if I don’t have this list, there’s no way for me to go back to these people when I have a new book out, or when I’m coming to their town, and so on.”

But in fact, no one who was involved in my career when my first book came out is still around. My first agent? Retired. My first editor? Changed careers. My first publisher? Also retired. First publicist? Moved on.  I’m the only one left, and at the end of my career, I will be the last one standing. I’ll be the one to turn out the lights and lock the door.

But it’s also true that a person in a job can only offer you what they have to offer within the confines of that job.

I once sat next to a country singer at a dinner. He was pretty well-known, solidly in the middle of his career, and on his way up. But guess what? He didn’t want to sing country music anymore. Jazz was his passion.

“But my label really doesn’t want me to do this,” he said. “They’ve got a definite idea of where my career is headed, and this isn’t it.”

This is where I think Ellen McIlwaine got it right. A label–or a publisher, or a film studio, or a gallery–is perfectly poised to take an artist in the direction that they know how to go. And the people who work there–temporarily, all jobs are temporary–will make a lot of decisions that the artist will own forever, long after that person has moved from one temporary job to another.

It doesn’t mean that every creative person should rush out and start their own label, or publish independently, or fire their gallerist. But it does help to stop and think, every now and then, about who actually owns this thing called your career, or your artistic path…and what do you want from the people who are just passing through?