“A Captivating Romp of a Novel” 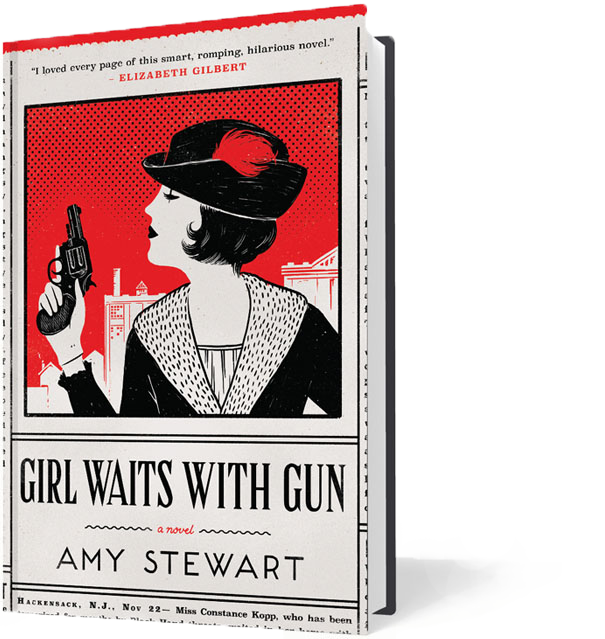 Read More
“A fine, historically astute novel.”
– The New York Times
“An entertaining and enlightening story of how far one woman will go to protect her family.”
– The Washington Post
“Stewart gives us three sisters whose bond — scratchy and well-worn but stronger for it, as can happen with family ties — is unspoken but effortless.”
– National Public Radio
Constance Kopp doesn’t quite fit the mold. She towers over most men, has no interest in marriage or domestic affairs, and has been isolated from the world since a family secret sent her and her sisters into hiding fifteen years ago. One day a belligerent and powerful silk factory owner runs down their buggy, and a dispute over damages turns into a war of bricks, bullets, and threats as he unleashes his gang on their family farm. When the sheriff enlists her help in convicting the men, Constance is forced to confront her past and defend her family — and she does it in a way that few women of 1914 would have dared.

Steve Inskeep talks to Amy Stewart about her novel Girl Waits With Gun. It’s based on the story of a woman who went on to become one of the first female deputy sheriffs in early 20th century America. More at NPR.org