Okay! A few more tour dates for you. See you out there? Go here if you want to see everything that’s coming up. And as always, check these venues for full details.

And now, I’ve got just a couple more drink/plant recommendations for you. Plants you probably aren’t growing but totally should. 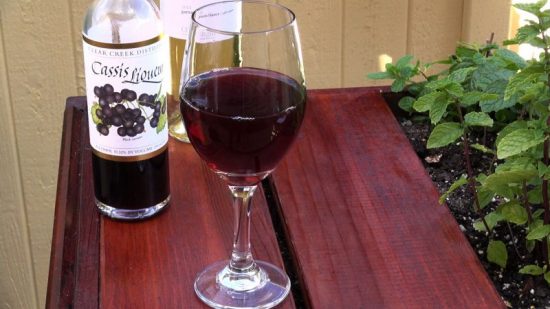 Why don’t we grow black currants in this country? Because it was banned in the 1920s for its role in spreading white pine blister rust. By 1966, the USDA realized that the ban was unnecessary and lifted it. Spores of the disease can only travel a thousand feet from black currant bush to pine tree, so keeping them out of pine forests is really pretty easy. Besides, many new varieties are disease-resistant. The ban remains in place in ten states on the east coast, but agricultural scientists at Cornell are working with those states to educate them about black currant and persuade them to lift the ban.

So you can certainly grow them. Read more about that here, and remember that the fine people at Clear Creek Distillery make an excellent American version of cassis if you don’t want to bother growing your own.

Sloes! Are you growing sloes? Also known as the blackthorn bush or by its Latin name, Prunus spinosa, this large European hedgerow plant produces the small, tart fruit used to make sloe gin. It’s hard to find in these parts, but try Forest Farm nursery in Oregon or Lincoln Oakes nursery in North Dakota. Last I heard, Forest Farm was growing a grand total of 20 of these per year, demand was so light. I am determined to change that! Let’s freak them out and all order sloes! Read about sloes, and about sloe gin, here as well.

Okay! Thus concludes news from the road and garden-y cocktails. For now. First, I’m going away for a nice long rest….